The tokenomics follows closely to other industry standards but automatically reserves a portion of revenues and adds it to the treasury to fund reforestation activities.

Generated with a standard Token Generation Event - this will create the necessary resources to realize the development of the project and ensure the ecosystem can grow in a free market. We will also allow staking at this time so that holders of the token can begin creating value in their ecosystem. Staking will also increase draw chances for NUNU (NFT) Token drops.

Following the TGE, the first generation of NUNU (ERC-721) will be generated and released. Most will go to NNT stakers but some will go to the general marketplace to be purchased with NNT or even ETH. Additional NUNU will be added to the world as the game world grows. Most of these will drop as rewards for staking but some will be found only by playing.

As soon as all game logic is running smoothly we will introduce the final token, NUGO. This token can only be generated by interacting with the game. These tokens may be traded and exchanged as well. 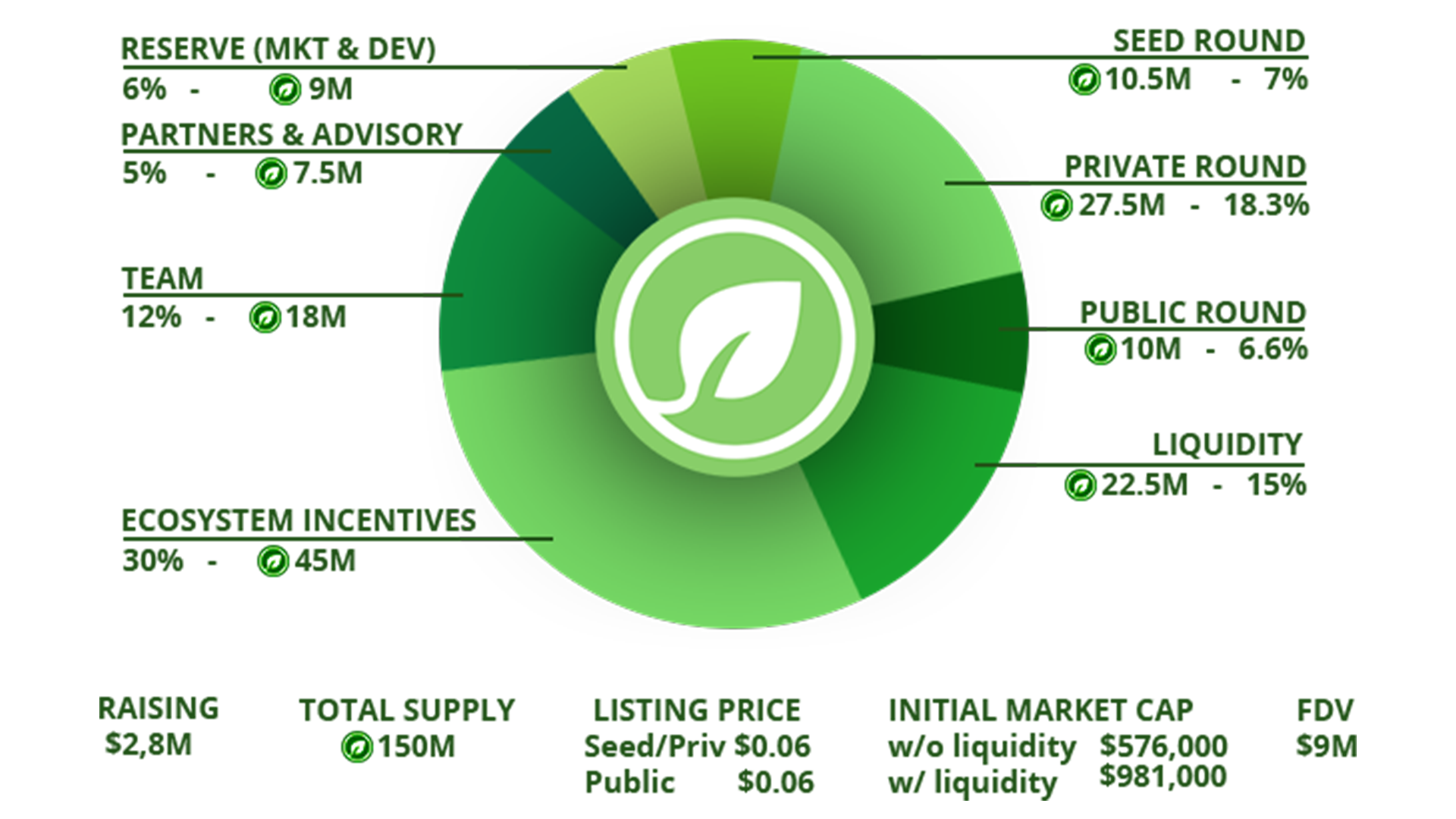